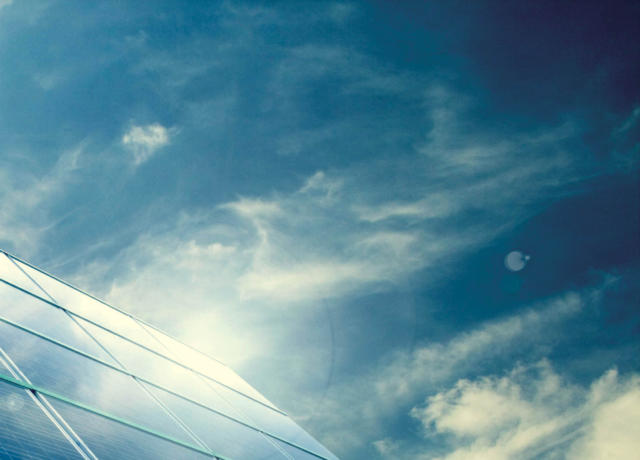 As more nations across the globe commit to fully decarbonize by 2050, pressure is mounting on the private sector to help accelerate the clean energy transition. This has spurred major corporates to join initiatives like RE100, making public commitments to source 100 percent renewable energy for their operations and to fully decarbonize their supply chains.

This growth is reflected across the European market, where a burgeoning renewable energy sector is now outstripping fossil fuels. And while the structures and mechanisms to track the purchase and delivery of green energy have been established, Altenex Energy sees opportunity for improvement, with plans to explore emerging innovations and mechanisms to ensure that the greatest value from renewable energy can be realized.

Currently, Energy Attribute Certificates (EACs) track the production and delivery of green power across electricity grids, with each EAC reflecting 1 MWh of renewable energy that has been produced and injected into the grid. These tracking systems are known as Guarantees of Origin (GOs) in Europe, Renewable Energy Guarantees of Origin (REGOs) in the UK, and Renewable Energy Certificates (RECs) in the U.S. International RECs (I-RECs) is a newer global standard introduced in a growing number of other countries.

The EAC system complies with the Greenhouse Gas Protocol Scope 2 Guidance, currently used to document electricity consumption from renewable energy sources and to report reduced greenhouse gas (GHG) emissions. Once utilized, an EAC is cancelled by the purchaser to ensure that each unit of green energy is tracked, traced, and removed from the system.

“Right now, there are regulations in place from the European Commission, which dictate that if any corporate is going to make a public claim around the consumption of green electricity, then it needs to have canceled the same amount of GOs,” said Andor Savelkouls, Senior Director, European Renewables Advisory at Altenex Energy, a subsidiary of Edison Energy. “That’s the only way you can make such claims. That’s one of the aspects that has finally been fully clarified.”

Since EACs were established, they have helped spur the deployment of clean energy, giving power producers a reason to build out renewables.

“It’s also a way for corporates to green their supply, either directly or through a utility,” Savelkouls said. “It’s not as strong as signing a long-term Power Purchase Agreement (PPA), but it does help, so I would never disqualify this system of certificates as greenwashing. But there is always this tension that’s there in relation to this system.”

With more private entities now making public commitments to reduce carbon emissions, investors within the environmental, social, and governance (ESG) space have become increasingly concerned with ensuring the accuracy of claims by companies regarding their sustainability performance.

Across Europe, the market is looking to standardization and new regulations, including the Sustainable Finance Disclosure Regulation (SFDR), which mandates ESG risk disclosures.

“Purchasing unbundled EACs are not the greenest way of doing things and it’s good that companies like Microsoft and Google are trying to look at what the next steps are,” Savelkouls said. “But let’s first make sure that all corporates have a clear pathway to realizing impactful green power procurement as part of a carbon reduction strategy, in which certificates are incorporated while at the same time exploring higher-impact PPAs, on-site delivery, or buying 24/7 power.”

While EACs were established to provide a traceable, transparent supply of green energy across electricity grids, the current system is only just starting to catch up with the pace of change for green power procurement driven by corporate sectors.

Notably, the granularity of production and consumption under current systems has limitations. As an example, most accounting for usage is based on annual volumes, a system that does not account for the intermittency of green energy both across seasons and daily production cycles.

In addition, the bundling of certificates for utility green energy supply–and at times the trading and purchasing of green energy across grids and national boundaries–can create obscurity and inaccuracies in the carbon accounting for EAC production and consumption.

“Some countries are starting to make greater stipulations,” said Jonathan Bell, Director of Business Development at Altenex Energy. “In the UK, it looks like we’re going to go down the same route. If you haven’t sourced your EACs from the UK, it can’t be counted within your supply from a utility’s perspective. We see that regulation has an important role to play within renewable energy sourcing and markets, so in this instance, the UK utility market space will have an increased level of competition for their own purchasing of EACs alongside their green tariff supply. They may also have to show more detail around their new and existing generating facilities, as this differentiator increases alongside geographic origin. That additionality claim to a green supply–what you might call a deep green–will become increasingly competitive.”

Time of use is a critical factor in the generation and consumption of green energy, with a shift from tracking yearly, seasonal, or monthly consumption to hourly consumption.

But while major entities have announced plans to source 24/7 clean energy, there is currently no recognized system of verifying renewable electricity supply on an hourly basis.

Several initiatives are aiming to change that, including EnergyTag, a coalition of more than 100 organizations, including Altenex Energy, which encompass the world’s largest utilities, corporate consumers, grid operators, government agencies and NGOs, to develop a mechanism to ‘tag’ electricity with the time and source of production so consumers can match their consumption with clean energy hour by hour.

Specifically, the initiative is seeking to define a framework for adding a timestamp to EACs to make them more reflective of the physical availability of clean energy. Participants believe this may improve public perceptions of clean energy claims, while incentivizing energy storage and supporting new carbon accounting methodologies.

“That’s actually really important because the current certificate system basically allows you to claim that you’ve consumed 100 percent green electricity, even during certain hours or days of the year when it was dark and there was no wind,” Savelkouls said. “That’s because it is only viewed on an annual basis. That’s why you see companies like Microsoft and Google starting to say, ‘We should really start to look at this not on an annual or monthly basis, but on an hourly basis.’”

Earlier this year, Google completed its first hourly Renewable Energy Certificate (REC) transaction in partnership with the Midwest Renewable Energy Tracking System (M-RETS), moving to advance a system for corporations to better track and certify their clean energy in their bids to become carbon neutral. The new Time-based Energy Attribute Certificates (T-EACs) would match renewable energy credits to its electricity consumption on an hourly basis as opposed to the monthly standard currently in place.

“We see opportunities to realize efficiencies for both the value and impact from green energy procurement and accounting for EACs by stamping both time and geography with increased granularity,” Bell said. “Consumer demand is at the heart of these discussions and driving the need for change with policymakers. Corporate giants such as Google and Microsoft have begun to ask for more to ensure their procurements have the highest levels of carbon impact.”

“This is something that Edison and Altenex do exceptionally well, which is the concept of setting an accounting for these certificates,” Bell said. “That’s something that we’re bringing in because corporates receive most of their supply on an hourly or half-hourly basis. Within Insights, we’re starting to account very much more granularly in that space, which hopefully reflects those progressions within the marketplace as well.”

The insights will help guide corporates as they seek to hit increasingly ambitious sustainability targets.

“Creating awareness and visibility is always the first step when things are not clear for corporates and consumers,” Savelkouls said. “They won’t take action without it, so we provide that visibility with the Insights platform, and that’s going to drive more action for sure.”